One year ago, I ate one piece of bacon too many, and I ended up in the Emergency Room.  I thought I had a little acid indigestion, but the doctor on call said my liver enzymes were elevated.  I was admitted, and an ultrasound of my abdomen was ordered.  Then, a surgeon was called.

Ten days later, I was discharged with 25 staples in my abdomen after two surgical procedures to remove my inflamed gall bladder and a pesky stone lodged in my bile duct.   I spent 2 months with a drain attached to my body that collected bile — yucky, smelly, messy bile.   My kidneys decided to stop functioning, and my stomach became paralyzed.

I ate bland food.  It did not stay down.  I decided to try soups.  That didn’t go much better.  Then, I spent two weeks on Gatorade and yogurt.   Eventually, I ended up back at the Emergency Room. I simply could not eat with any measure of success.

The surgeon had warned me that I might face some complications, and apparently he had the gift of prophecy.

After my second stint at the hospital, I came home with a prescription and an action plan.   For eight weeks, I ate small meals with no veggies, fruit, or fiber allowed.

I began to crave a yummy salad.  I missed crunchy things.  I longed for a salty peanut.  Raisins mocked me.  An apple a day apparently was not in my future.

I started to mourn.  I missed date nights with my husband at Paneras.  I missed breakfast with the girls on a lazy Saturday morning.  I missed getting lost in the pages of a good book.  I missed my life — my carefree, fun, doctor-free, laughter-filled life.

Then, the nausea came.  I regressed.  I gagged.  I struggled with brushing my teeth successfully.  My daily diet became Gatorade, Ensure, and half a piece of toast.

My husband and I made yet another doctor’s appointment, and we prayed.

Frustrated and tired, I entered the doctor’s office on a fateful, climactic morning that changed my life forever.  I rambled through the details for him once again — every symptom, every medication, every remedy we had tried.   He listened.  He nodded his head.  He smiled.   And then, he said the words I never thought I would hear.

“I think you are a little depressed.”

But, I am not allowed to be depressed.  I am the happy girl.  I am the mature Christian girl.   You are not seriously telling me that my physical issues are the result of depression.  Is unrelenting nausea a symptom of depression?

Once I stopped objecting, I realized my days did feel way too long.  I no longer seemed  able to fill up the time with meaningful activity.   I found no interest in pursuits that normally brought me pleasure.

Oh, my!  I suddenly remembered that my husband had taken me to Walmart, and I did not find anything to buy.  Nothing.

And that was the day that I discovered the secret.

I was not alone.

First, three co-workers shared with me phone numbers for their therapists.  Three.

I do not work at a big office.

Today, when I realized that I needed to write this, I told the Lord I would not be silent.  I cannot stay silent because He has healed me.  He did not leave me alone.

Like David in the Psalms, I have cried in the darkness and wondered when He would speak.  I have longed for the light of His favor to return.

Today, I sat in the car heading home and holding my husband’s hand after a happy day filled with love and laughter.  And, I looked back.  I looked back at the darkness now passed.  And my God told me what to say.

The Light never leaves you.

The shadow that obscures it is but temporary.

I wasn’t sure, so I checked Wikipedia for verification — because it’s not true unless you read it on the internet, right?

Here is what I found out about the word “eclipse” —

The term is derived from the ancient Greek noun ἔκλειψις (ékleipsis), which means “the abandonment,” “the downfall,” or “the darkening of a heavenly body,” which is derived from the verb ἐκλείπω (ekleípō) which means “to abandon,” “to darken,” or “to cease to exist,”a combination of prefix ἐκ- (ek-), from preposition ἐκ (ek), “out,” and of verb λείπω (leípō), “to be absent”

During an eclipse, the light never totally disappears.  There are different periods of the eclipse.  A total eclipse is labeled “umbra.”

“Umbra” means shadow, for all of you who need further convincing.

It does.   Wikipedia says so.

The darkness is but a temporary shadow.

His Light is always there.

Hold on to this promise in the shadows:  There is surely a future hope for you, and your hope will not be cut off. (Proverbs 23:18, NIV).

If you are in the shadow today, please make an appointment.   Talk to a friend.  See your doctor.  Pray with your pastor.

I spent way too much money today in the Cracker Barrel gift shop.  Life is sweet again.

The shadow will pass.  Please know I will stand with you until it does.

Q4U:   What do we need to do to uphold those who are in the shadow right now?   My heart is burdened deeply for those who struggle..  Hearing of the loss in the Warren family has surfaced so many thoughts about how we must talk about the difficult things.

Joining like-minded sisters today at Faith-Filled Friday, Thought-Provoking Thursday, Tell His Story, Playdates with God, Hear it on Sunday: Use it on Monday, and Soli Deo Gloria. 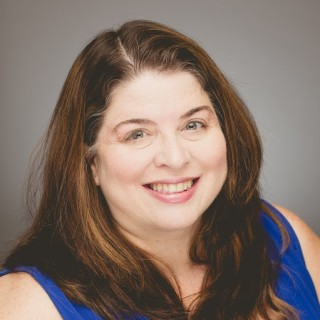